From Russia With Love

Hey all, it's been awhile, but despite a day (split between Mon & Tues) in Helsinki, I'm not Finnish yet. And that came after an overnight cruise from Stockholm to Helsinki. I had stuff to say about both the boat and the 'sinki, but it doesn't seem all that important anymore. The cruise wasn't anything spectacular. Tons of teenagers, a two-table casino that I didn't bother with, some bad cover tunes in a night club, but it got me to Helsinki no worse for wear. Helsinki was fine, but I think I saw all I needed to in my limited time there and that was with some naps and abundant meandering.

Last night, after a 6 hour train ride (spent mostly reading my second Jack Reacher thriller -- by Lee Child -- of the trip) I arrived in St. Petersburg around 10:30pm. And though the "White Nights" aren't yet in full effect, it was still pretty light out (though eventually the sky darkened).

Today, I did a bit of walking around and photoing, but spent from 1:00pm to 6:00 at the Hermitage, an art museum in the old Winter Palace. And it was pretty damn incredible; definitely the highlight of the trip so far, at least from a tangible attraction point of view.

Initially, I thought it might be the greatest art experience of my life -- and this from someone who's been to the Prado, Met, Louvre, Orsay, Rijksmuseum, MOMA, Vatican, Uffizi and hundreds of others -- due to the combination of breathtaking palace interiors and stupefying loads of great art. They had rooms full of Rubens and Rembrandts, two da Vincis and Raphaels, other great Renaissance stuff, some excellent Spanish art, a strong collection of Impressionists (4 Van Goghs) and about 20 each of Picasso and Matisse.

But after a wonderful 5 hours of schlepping and taking hundreds of photos of palace interiors and artworks, I've decided that while this is definitely one of the world's great museums, and one of the few upper-upper echelon ones to truly merge all eras, it is not the best. The palace setting was phenomenal -- but here I'm commenting on the art, not the overall experience -- and the volume of great art was gargantuan, but compared to a few other elite museums, including the Art Institute of Chicago and National Gallery of London, what it lacked was a multitude of truly transcendent pieces (with a high baseline assumed). The Raphaels were great, one of the Van Goghs was spectacular, but I'm not sure there were very many works you would instantly know (unless you happen to be a heavy duty art scholar). This doesn't mean the works weren't great or even revelatory, just not gasping for breath "oh wow, that's here?" sort of illustrious. For the most part. Still phenomenal -- and I'd highly recommend it to anyone; whatever else I do in St. Pete tomorrow will be icing on the case -- just not the absolute best. Though I still haven't decided what is.

I'm off to dinner, hopefully in a restaurant across the street called da Vinci. My hotel is really nice; by far the best of the trip. Clicking here should let you see where it is.

Sorry if that was long; on my end, it felt like I was Russian through it.

Seth
Posted by Seth Arkin at 9:03 AM No comments:

Seeing Cubs and Bears in Stockholm

Today was an enjoyable day in Stockholm. I went to three highly recommended (by Rick Steves) attractions, all tourist-focused but a ways away from City Center. First I went to the Nordic Museum, which despite it's name, only focused on Sweden. It was OK, but nothing I found too informative. Basically, Sweden (and Denmark, per my visit to their National Museum) has progressed with the times, in terms of fashion, technology, economics, etc. I know that sounds simplistic, but there really wasn't anything explaining how Scandinavia has been a leader in design (or too much of a novel nature).

Next, and much better, was the Vasa Museum, which houses and explains a warship that was built in 1628, sank 20 minutes into its first voyage, was raised in 1961 largely intact, but still required restoration until 1990 when the museum opened. It was pretty fascinating to see an old wooden warship, with tons of statues and carvings, and the museum was well put together.

Finally, I went to Skansen, an outdoor folk museum. I got there too late to see any demonstrations of 17th century farming or family life, or whatever live displays they have, but still roamed and saw plenty of old buildings that have been transported from various parts of Sweden. But the highlight was an area with live animals, like bison and a mama bear with 3 cubs. Maybe not justification for coming all the way to Sweden, but I got some fun photographs.

Overall I like Stockholm for what it is, but somewhat like Copenhagen, I'm realizing that my benchmarks for great cities are Chicago, New York, London and Paris and that whatever great things other cities may have, they're just somewhat lesser. Not as much to see, not as much to do. Also, I'm again reminded that I often get more from traveling once I'm back home than I do when I'm schlepping around in the moment. Just an observation, not a complaint.

I write this from a computer station within a 7-Eleven in the heart of Stockholm's Gamla Stan (Old Town). The first time I walked by, I took a picture due to the dissonance of an American convenience store being in a beautiful building in Stockholm. But now I noticed the chance to use the Internet (my hotel doesn't provide access), so I threw my sense of propriety out the window.

You might wonder why I'm blogging at Noon on a lovely day in Stockholm. But though this is the first true day in Stockholm and I've only been touring for about 2 hours, my legs and assorted other tourist discomforts could use the respite. Nothing major, but a 20-minute break from schlepping should do me good.

Stockholm is interesting; from what I've seen so far, there isn't even the ubiquitous historic beauty of Copenhagen, let alone other Euro cities, but something about it just feels a bit more vibrant and fresh. This could partially be because my hotel is a bit away from City Center and last night I ate at a place that felt local, not touristy. And it dawns on me that if I want to see an abundance of Swedish blondes, the tourist spots are probably the last place I should be.

But alas (not a lass;) I believe I'm moments away from hitting the Nobel Museum. So on that note...

Peace.
Posted by Seth Arkin at 3:02 AM No comments:

After another picture-perfect day in Copenhagen, highlighted by a visit to Rosenborg Castle -- the impressive royal residence of 16th century King Christian IV complete with a treasury -- I went to see a Danish version of The King and I. It was worth seeing just for the sets, costumes (this was a major Broadway type production in a 100-year old theater) and though I love old musicals, this is one from which I can only name (and thus sing along) about 3 songs...despite having seen it in Chicago about 5 years ago and owning the movie. But though I knew in advance that it would be sung in Danish, it seems a bit unfair. Willie Nelson is in town -- I would've seen him were he not sold out and pricey -- and I don't think he sang On the Road Again in Danish. And don't get me started on opera. But oh well. Someone's waiting so I feel rushed and will cut this short.

Hope to blog again from Stockholm.
Posted by Seth Arkin at 1:25 PM No comments:

"Wonderful, wonderful Copenhagen" sings Danny Kaye in the titular role of the fictionalized musical biography Hans Christian Andersen, Denmark's famed 18th century storyteller. Yet while my first 28 hours or so in town have been quite pleasurable, it seems that the singular "Wonderful" of the song's title is sufficient. Although I can't fully judge, as Monday found all the Museums and Castles/Palaces closed, I believe the duality of the refrain may be a bit over effusive.

Like all European capitals, Copenhagen is both beautiful and historic, with random buildings dating back to the 17th century. Compared to most American cities, the architecture/coloration is quite dazzling and overall vibe quite distinctive. Despite forecasts of rain before I arrived, both Sunday night and today have been sunny and beautiful and I have greatly enjoyed walking all around taking pictures of the sights. I have taken tons on pictures and many should look quite impressive. But compared to other European places I have visited in the past -- London, Paris, Ireland, Spain, Amsterdam, Prague -- Copenhagen isn't quite as dazzling. Just not as many mouth-agape things to see.

First of all, about 80% of the prime "postcard pictures" are towers and spires of some sort -- and there are lots of them (and even a few more under scaffolding). This place is more phallic than a Dali Museum. And today, I probably walked 3 miles to reach the city's most famous landmark, The Little Mermaid statue. Now, I like HC Andersen plenty and appreciate the Blarney Stone-esque appeal of the quaint little statue (heck, I schlepped the 3 miles didn't I), but if the statue itself were in Lincoln Park, I'd likely walk right by without a second glance (let alone about 100 photographs).

Even Tivoli, the famed amusement park, though historically quaint, distinctively Danish and worth wandering through -- no, I didn't go on any rides -- was basically Coney Island (today) with a bit of European panache.

I know it probably sounds like I'm whining, but I'm really just critiquing. Being here is far better than almost anything else I could be doing and I am enjoying myself. And I was looking more forward to Stockholm and St. Petersburg from the get-go, so I can't even say I'm disappointed with Copenhagen. It's wonderful, just not necessarily doubly so.
Posted by Seth Arkin at 11:27 AM 1 comment: 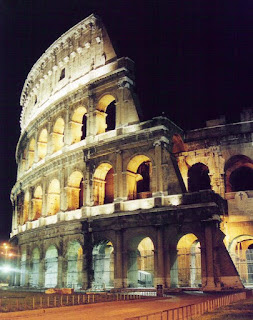 As I prepare for my latest adventure, hopefully with occasional blogposts, I thought I would reference some of my prior trips. In addition to journeying to many cities throughout the U.S. and Canada, I have been to: 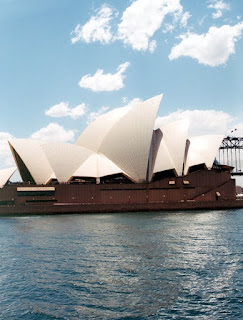 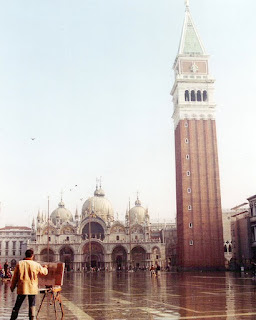 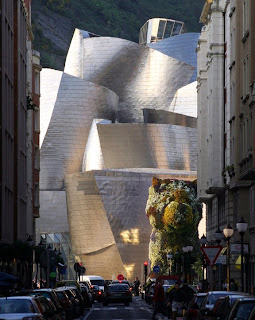 Posted by Seth Arkin at 1:31 PM No comments:

Posted by Seth Arkin at 6:43 AM No comments: